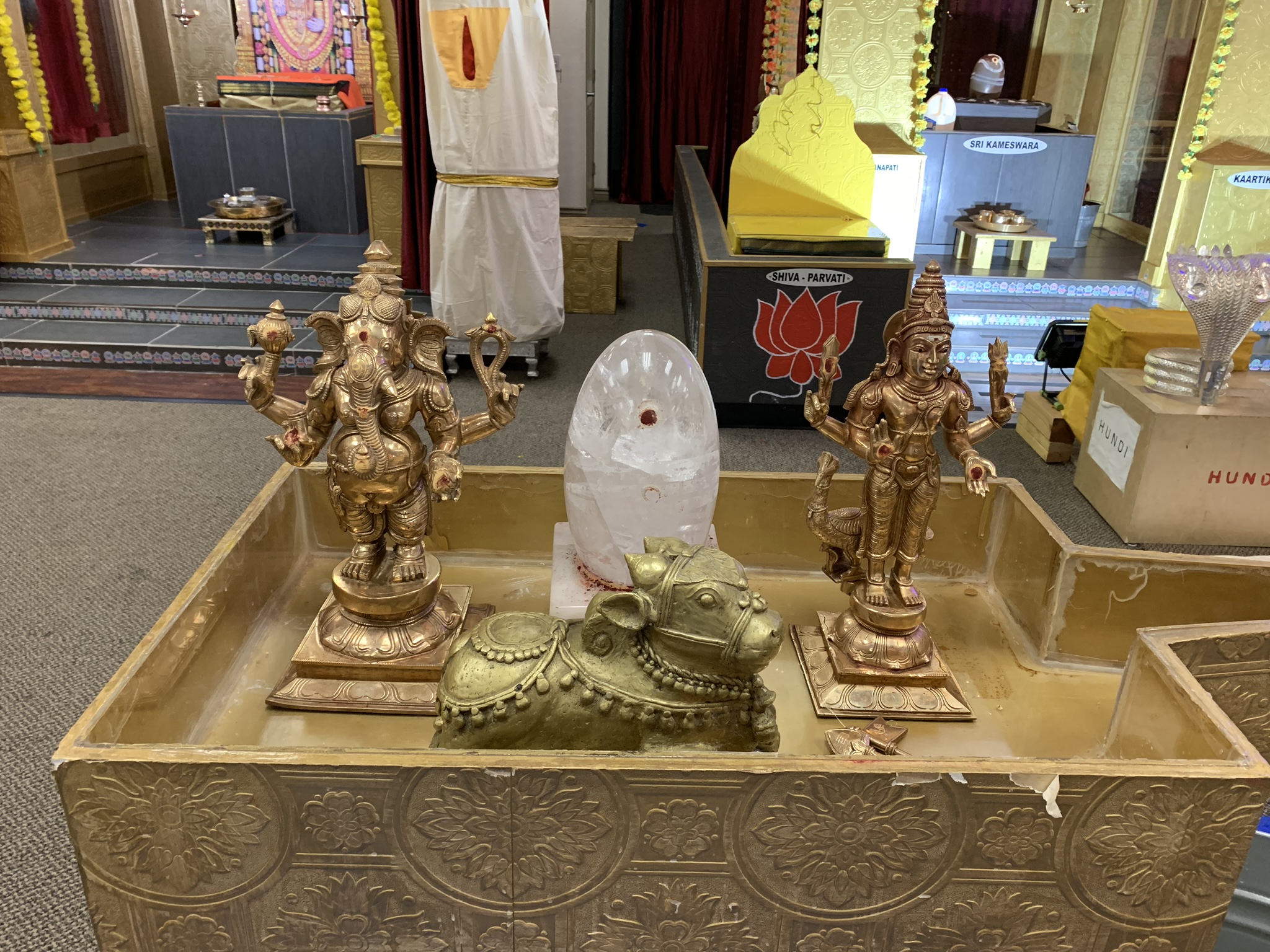 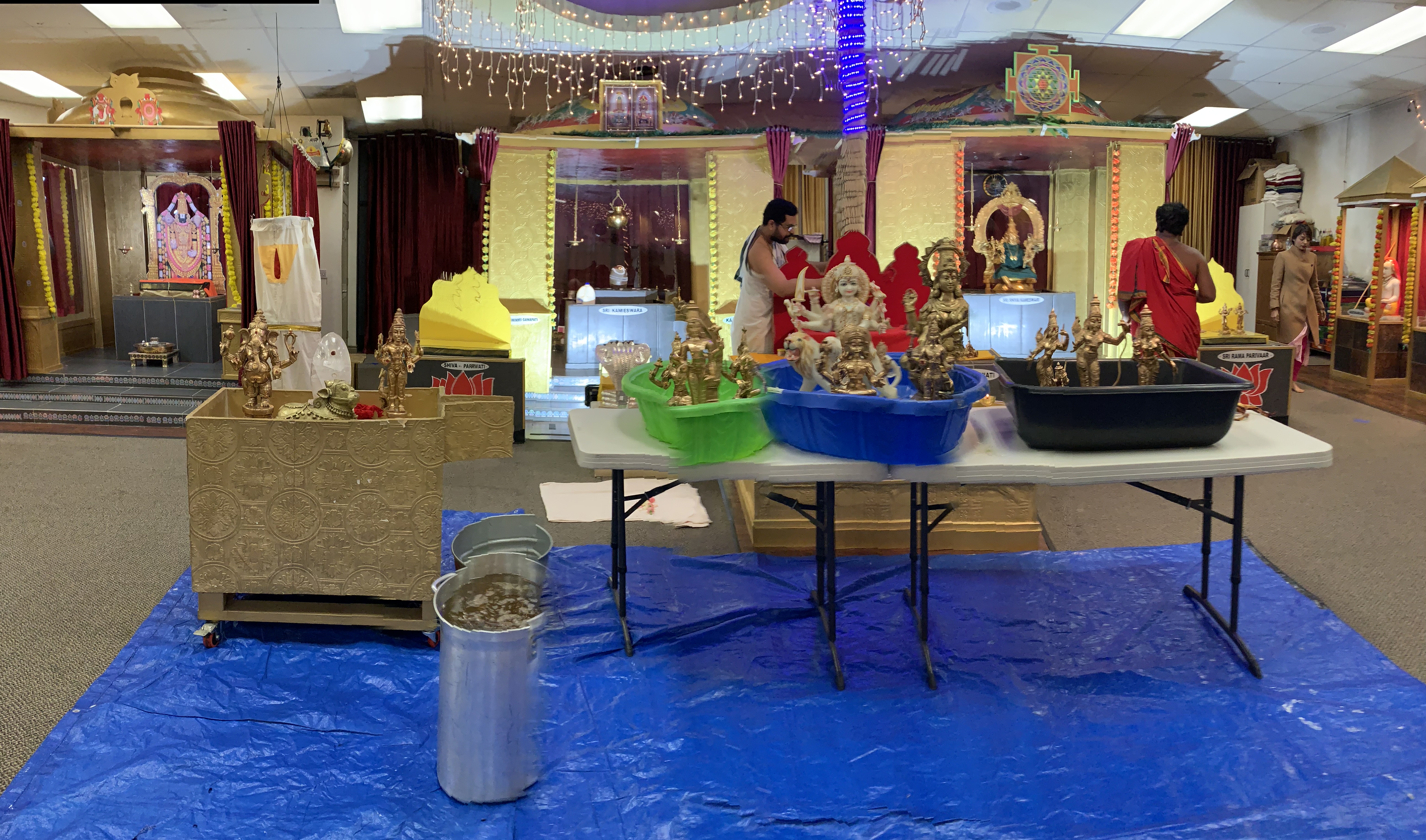 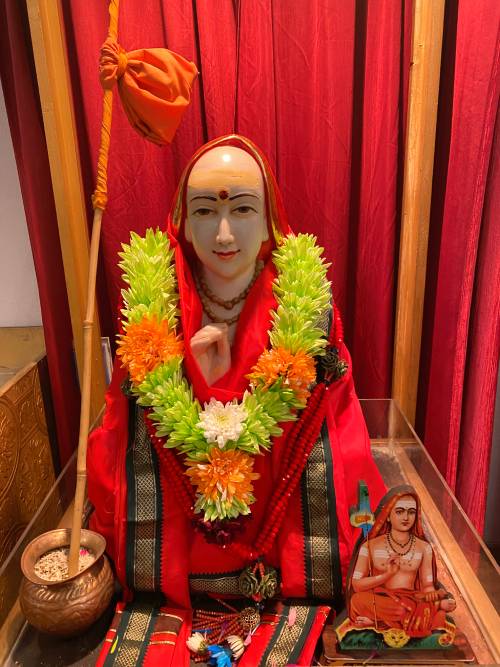 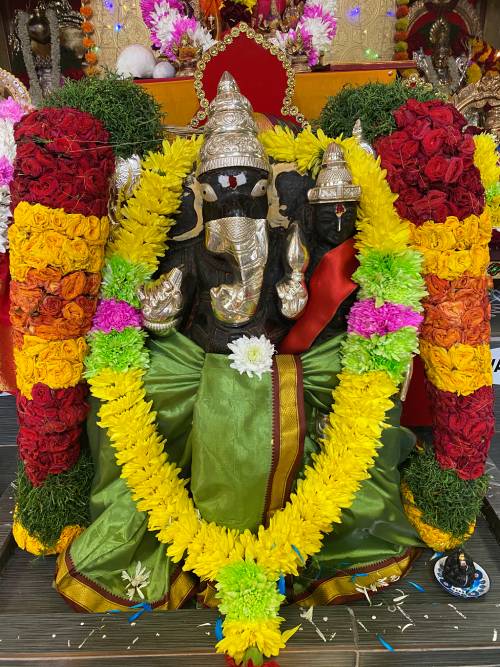 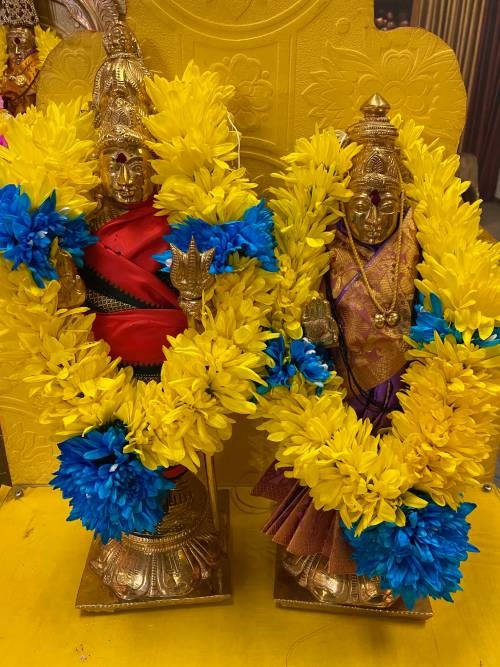 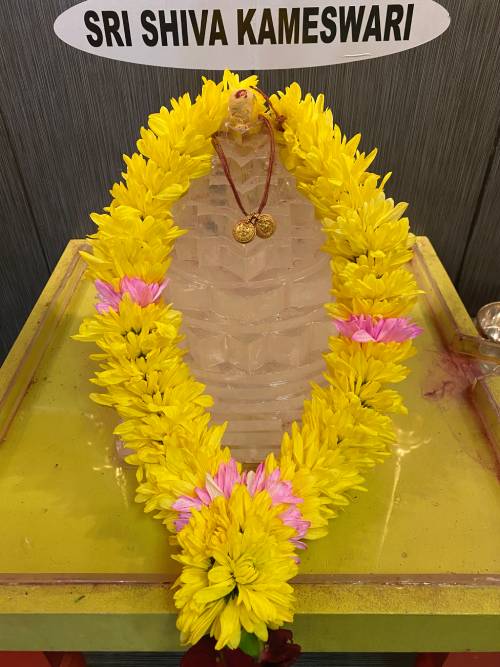 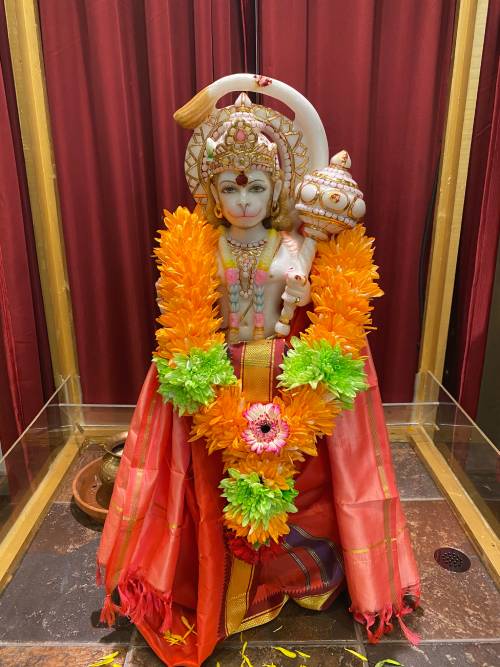 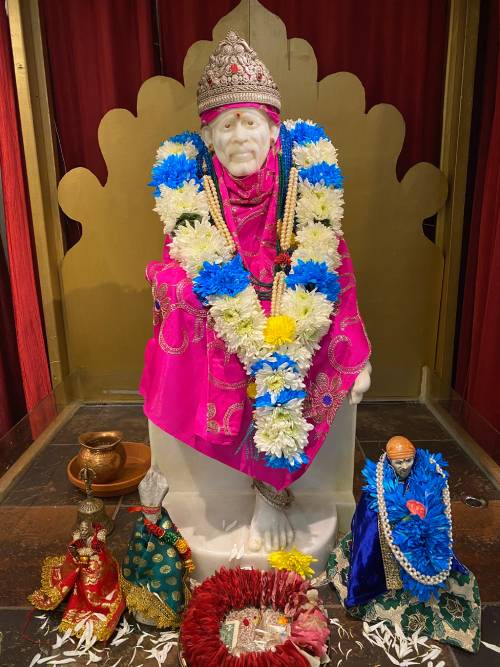 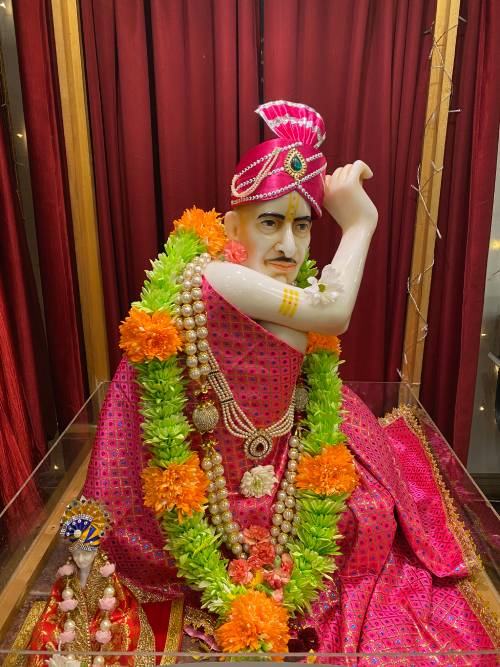 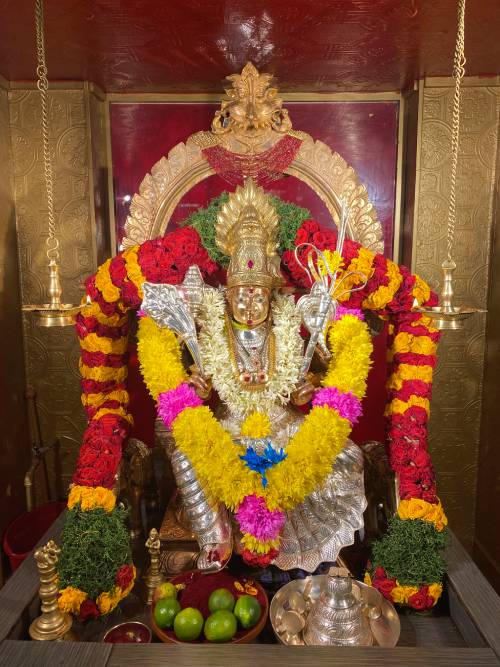 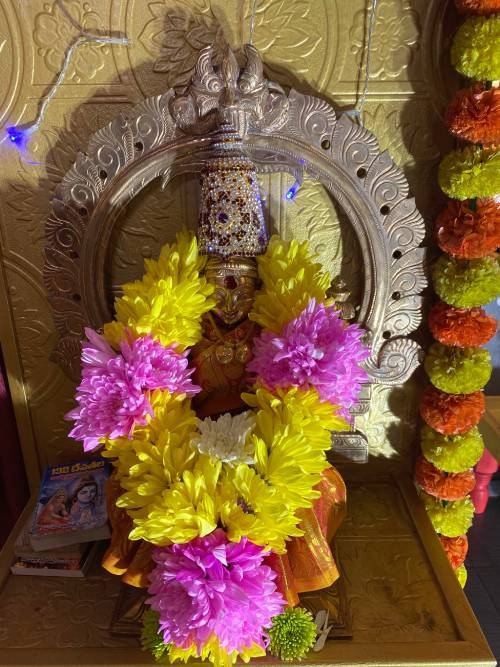 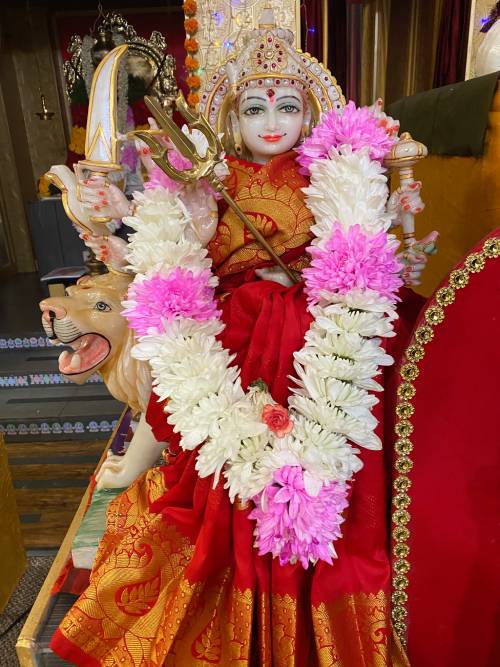 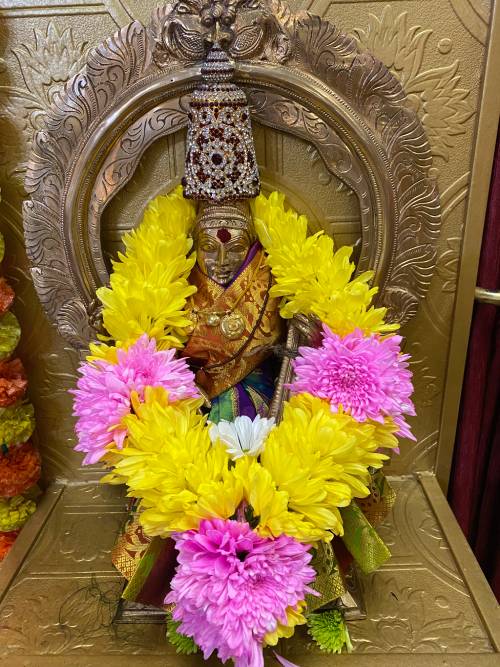 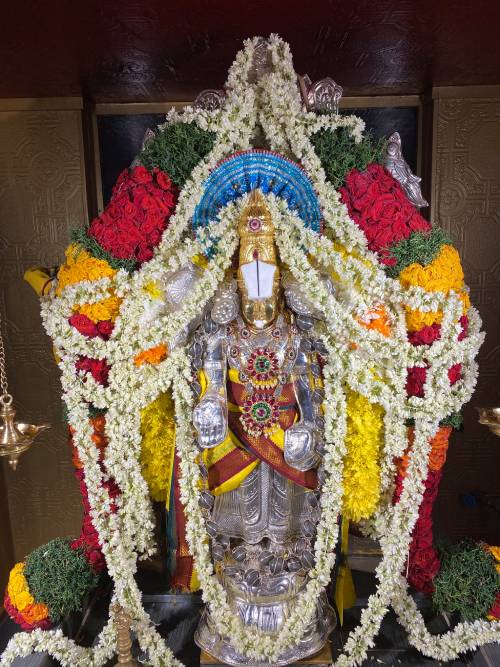 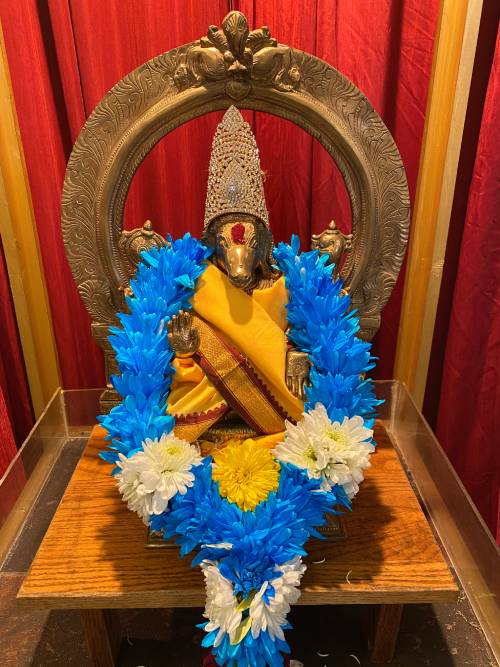 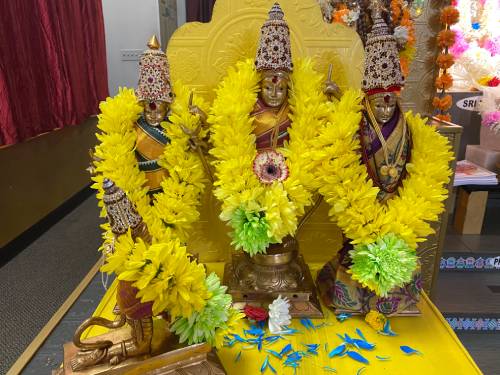 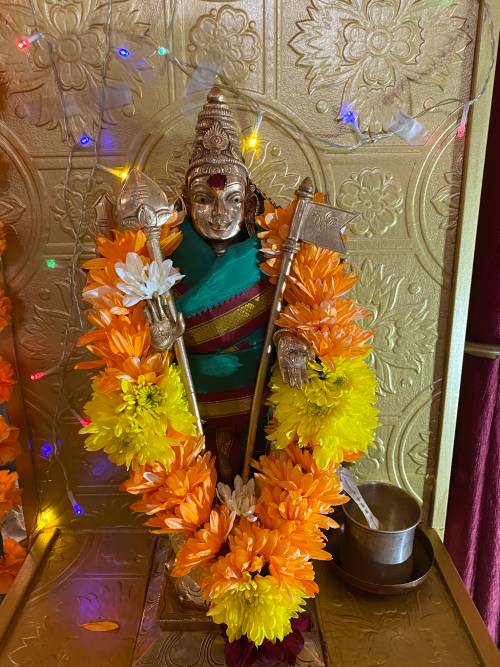 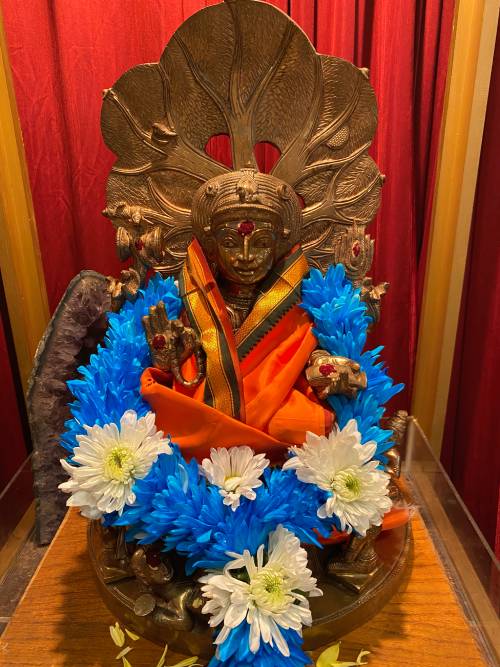 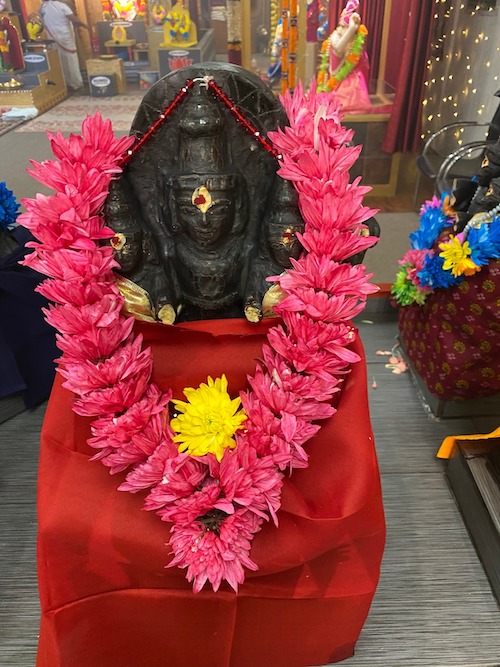 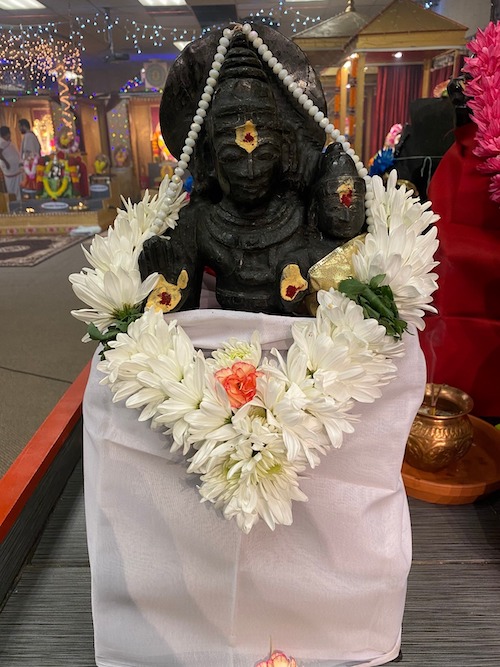 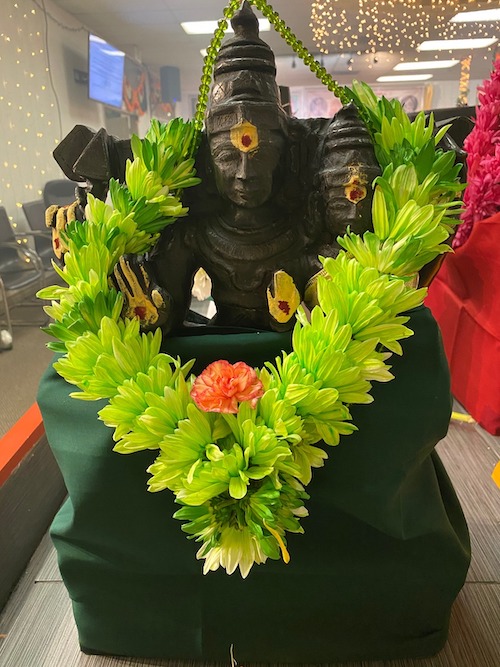 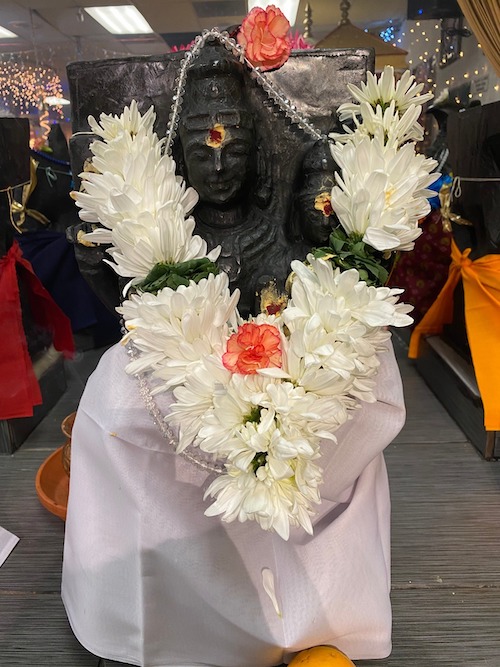 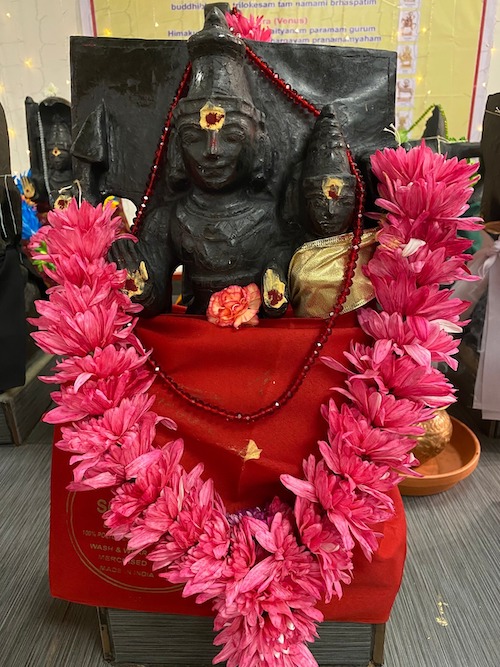 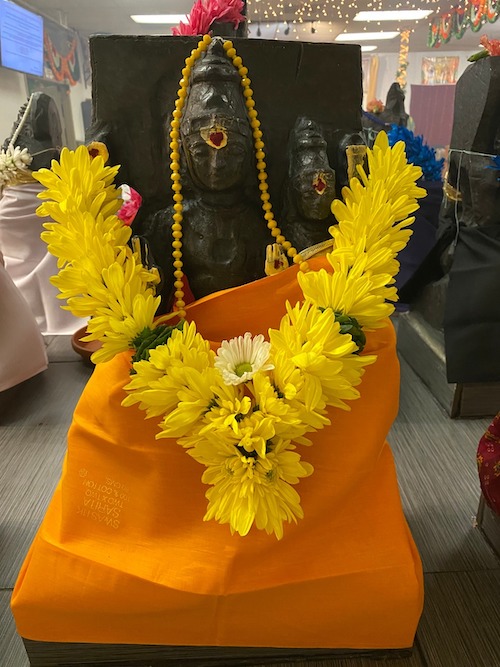 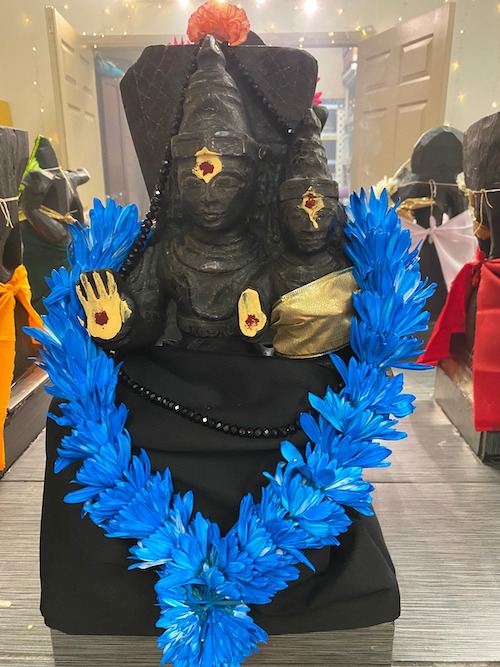 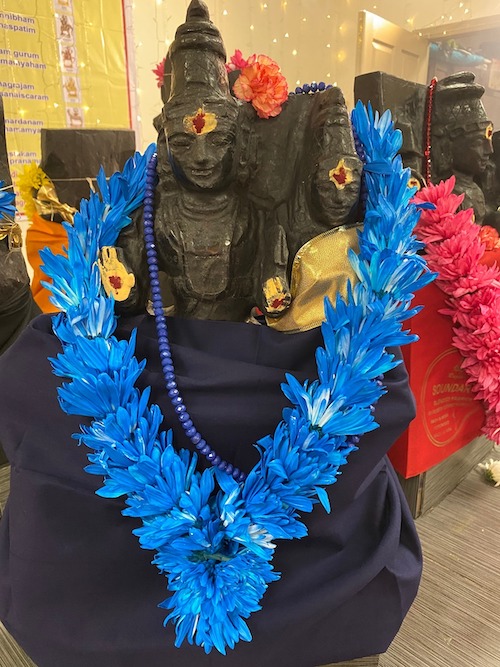 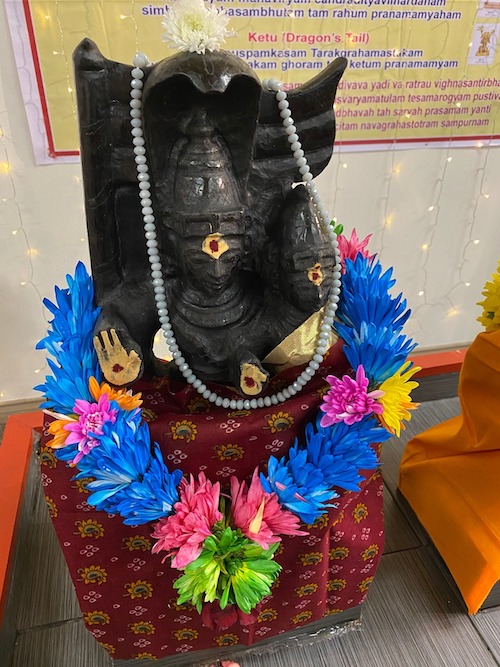 Welcome to Sri Siva Kameswari Temple We are dedicated to serving the community and aid in the spiritual growth of all the devotees.Our Temple provides a unique opportunity to participate in sacred and empowering Sevas and Pujas of your iṣṭa-deva(tā) and receive Divine grace in abundance. More 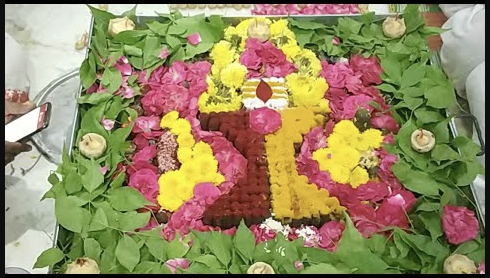 Laghu Rudram will be conducted at the temple during the auspicious month of Karthika.  Sri Rudram will be chanted a total of 121 times along with the Rudra Abhishekam followed by Laksha Bilva Archana and Maha Jyotirlingarchana.

Namasankeertana will also be performed by Pundit Sri Sivaramakrishnan Ji.

The purpose of this magnificent hymn is to instill in the mind of the seeker the profound knowledge that God is not just the cosmic parent of the universe but the energy in every particle of creation. The hymn is considered a universal purifier which when repeatedly chanted with faith and devotion is known to cure the worst of illnesses and redeem the gravest of sins. Laghu Rudram is considered one of the highest forms of community worship, performed for the welfare of mankind.